Avela Mathimba in Ngangelizwe near Mthatha. Avela is struggling to get the money awarded to him by the Road Accident Fund.
Image: IHSAAN HAFFEJEE

Paraplegic Avela Mathimba must be the only multimillionaire living off a R1400 monthly state grant.

The 26-year-old was awarded a total of R9.6-million in two separate damages claims, against the Road Accident Fund and the Eastern Cape department of health.

This money was paid to his lawyer as far back as 2013, but Mathimba has yet to receive a cent.

He says that when he grilled his lawyer about the money, attorney Zuko Nonxuba rushed to court with an application to have a curator appointed to manage Mathimba's affairs. The attorney cited the possibility of brain damage, his client's "tender years" and "limited education", and fears that his money would be misspent by his family.

The Sunday Times has established that the RAF has launched a forensic investigation into several claims paid to Nonxuba's firm. The fund would not comment on an "ongoing investigation".

Contacted for comment on Thursday, Nonxuba asked that he be called at 10am the following day. He failed to answer several calls on Friday but responded to e-mailed questions , denying any wrongdoing and saying he had acted "ethically" in the Mathimba matter.

Mathimba was 15 when he was paralysed after suffering a spinal injury in a car accident near Lusikisiki in 2004.

He suffered further damage while being treated at two Eastern Cape hospitals, and successfully sued for just over R7-million.

Mathimba said he believed that Nonxuba only raised the issue of his mental state to prevent him from getting his money.

It hurts to suffer like this knowing I have so much money. My health has taken a knock because of this stress

Nonxuba went to court only after Mathimba challenged him on his intention to deduct fees from his payout, said the young man. He had seen a court order that clearly said the RAF would pay Nonxuba directly.

"When I told him that I had been able to get a copy of the court order ... then [he] came up with this story that curators should be appointed," Mathimba said in an affidavit filed with the High Court in Mthatha in response to the lawyer's attempt to have a curator appointed.

"If he is this caring person who is concerned about my wellbeing, what does he say about my condition? How does he think I'm surviving? Where does he think medical assistance is coming from?" Mathimba told the Sunday Times.
He said he felt betrayed by Nonxuba's actions.

"Even though I was involved in a motorcar accident and I'm in a wheelchair today ... my brain was never affected," said Mathimba in his affidavit.

"It hurts to suffer like this knowing I have so much money. My health has taken a knock because of this stress and I am not even getting the diet my doctors recommended nor am I seeing the required specialists," Mathimba said when the Sunday Times visited him at his family home in Ngangelizwe near Mthatha in the Eastern Cape on Wednesday.

Mathimba said he only found out that his RAF claim was successful when he contacted the fund . He had initially not even been aware that he also had a claim against the provincial health department.

"I found out by chance when I went to court to enquire about the RAF case." He said court records showed that he was also the plaintiff in the other matter.
"When I confronted him he said we could maybe get R20000, but I later found out he claimed for R13-million," said Mathimba.

By then the health department claim was at an advanced stage; it paid out about a month later. 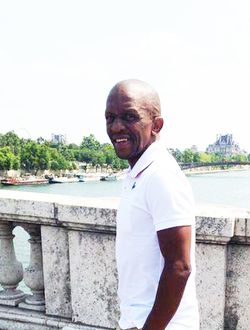 Nonxuba was, however, adamant that Mathimba was informed about the lawsuit against the department and said that he had informed his client that his RAF claim had been successful.

In his e-mailed response to the Sunday Times, Nonxuba said:"I acted on behalf of Mr Mathimba and my mandate was terminated after I advised him that in terms of the reports of the medical experts who examined him they recommended that a curator be appointed."

He said a curator was appointed in April 2014 and that Mathimba had since brought an application to challenge that order.

Mathimba had refused to be interviewed by the curator and eventually his application to set aside the initial appointment of a curator was dismissed by the court on October 29 last year, said Nonxuba.

Jaco Fourie of the Law Society of the Northern Provinces said the investigation of Mathimba's complaint was being finalised.

Nonxuba is said to travel abroad frequently, having made trips to Frankfurt in Germany, New York, London and Mauritius, where he spent time over the festive season.

Currently, attorneys working on contingency are entitled to a maximum of 25% of their client's RAF award.

The Sunday Times spoke to two of Nonxuba's former clients this week. Phumzile Masekwana of Tsolo near Mthatha received just over R850000 out of a R1.8-million payout for her accident, meaning that just under R1-million of the RAF payout went on fees.

Zukile Tutsu from Lusikisiki said he was paid R700000 out of a total payout of R5.6-million by the RAF and the provincial department of health. He said the payout was made in 2013 and Nonxuba promised to pay the balance next Wednesday.

Said Mathimba: "These villages are littered with his victims and our only sin is being uneducated."

Asked about the two cases, Nonxuba said attorneys generally finalised their bills and those of experts after payment was made. He admitted paying both clients in increments, saying he was still working out the bills.

"I did speak with Tutsu this week, but I did not undertake to pay him. I just informed him I would look at his file and get back to him on Monday regarding his query."

Cape Town personal injury lawyer Tzvi Brivik said two years to appoint an curator was a "long time". If there was an argument for the need for a curator, one should have been appointed at the onset during the initial RAF trial, he said.

Brivik said the norm was also for lawyers to make provision for subsistence payments to such clients to enable them to live pending the outcome of the court case.

Nonxuba told the court he relied on reports by occupational therapist Jane Bainbridge and educational psychologist and remedial therapist Felicity van Vuuren, as well as the telephonic opinions of rehabilitation expert Dr Robert Campbell, who treated Mathimba in Port Elizabeth.

Court documents provided by Nonxuba showed that the Mthatha court had appointed advocate Moyisi Bodlani in May 2014 to ascertain whether Mathimba needed a "curator bonis" to manage his financial affairs.

Bodlani's report, dated September 2014, cited Mathimba's refusal to cooperate with his investigation and said he was being influenced by his family and needed a curator to look after his finances.

Last year, the Mthatha court dismissed Mathimba's application to have Bodlani's report set aside, but has yet to issue an order regarding the appointment of a final curator.

Legal correspondence indicates that the case is scheduled to return to court on February 25.

RAF CEO Eugene Watson said investigations into corruption involving the fund had led to 1 595 arrests and 1 240 convictions in the past five years. During 2014-15, the fund had fraudulent cases amounting to R178-million.